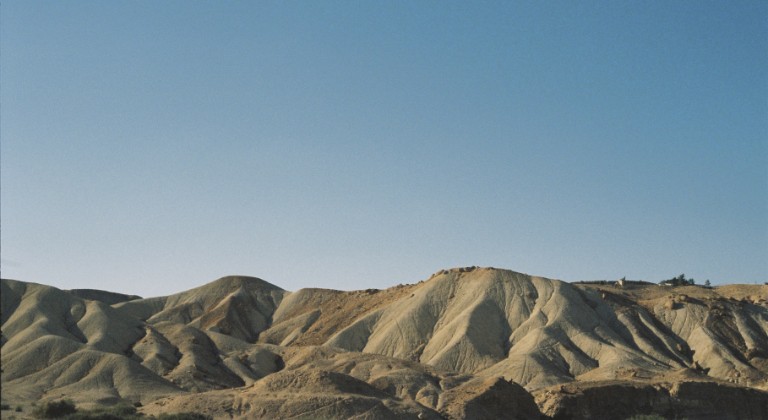 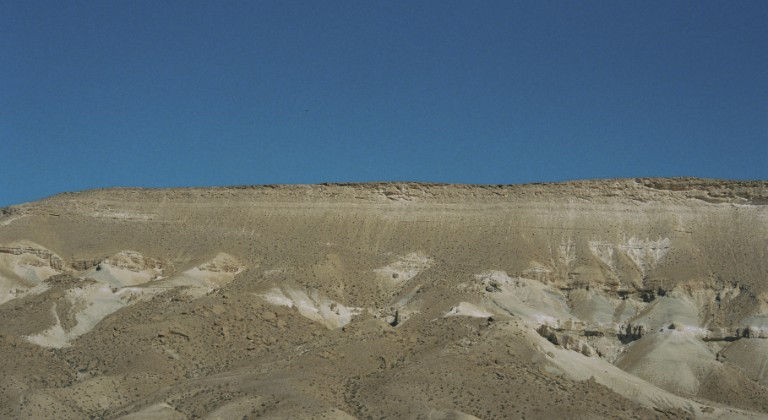 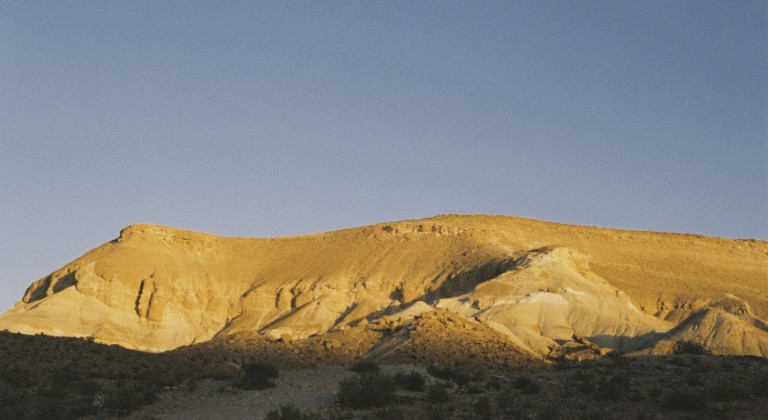 Hebrew for "Apathetic", ADISH is a Tel-Aviv-based, Israeli-Palestinian brand that seeks to merge the cultural heritage and handicrafts of the region with contemporary silhouettes. ADISH was founded as a collaborative effort between Israeli designers Amit Luzon and Eyal Eliyahu, Palestinian-American artist Jordan Nassar, and Palestinian, Ramallah-based Qussay. Stemming from their shared ambition to use their creativity as an avenue to bring about change, the ADISH team strives to make a difference in the disintegrating socio-political dynamics of their conflicted region.

With their designs centering around long-established, local handicrafts such as hand-sewn Palestinian embroidery and traditional Bedouin weaving techniques, the brand has made it their mission to work together with the local embroiderers, artisans, and workshops when creating their garments, and to highlight their crafts. This has led them to establish a collaboration with a community of over 100 craftswomen while working with numerous workshops and producers throughout Occupied Palestine and Israel.

All of ADISH's collections are locally made in Israel and Occupied Palestine, despite all of the logistic challenges that complicate this manufacturing process - the main one being the simple act of movement. As Palestinian-born citizens are prohibited from crossing into Israel, ADISH collaborators utilize a network of Israel-born Palestinian taxi drivers to carry out the simplest deliveries that, despite the very short physical distance between the neighboring regions (30 kilometers), can take hours or even days to accomplish, due to the numerous Israeli checkpoints and severe regulations at the borders. Yet it is these cross-border obstacles and risks, among many others, that motivate ADISH to push forward their vision of bridging the cultural, political, and physical gaps, in order to accomplish true Palestinian-Israeli partnership.

ADISH welcomes criticism and is committed to allyship. We continue to learn, evolve, and will remain committed to being better allies.

- Why is the brand called ADISH?

Adish means ‘apathetic’ in Hebrew. We wanted to name outright what our founders saw in the attitudes of many Israelis towards the occupation: apathy. By doing so, we identify one of the foremost aims of ADISH, which is to break through the apathy of many Israelis towards the violent occupation of Palestine and the oppression of Palestinian people.

- Is ADISH an Israeli brand?

We are proud to describe ourselves as an Israeli-Palestinian brand. ADISH is based in Tel Aviv, Israel, where the company was registered in 2018.

Due to the heavy bureaucracy resulting from the occupation, operating an international business out of Palestine is extremely difficult. This hobbling of the Palestinian economy prevents economic autonomy for its citizens. By operating ADISH out of Israel, we are able to use its privileged systems — the country’s much easier export processes, for example — and to share the benefits of these with our friends and colleagues across the border.

See the question, ‘Who are the ADISH partners?’ for more information.

We never want anyone to be confused about the roots of the crafts we work with, whether this is Palestinian Tatreez embroidery or the weaving techniques of Bedouin artisans in the Negev.

We do not obfuscate: Tatreez is a Palestinian craft. We celebrate the Palestinian heritage of Tatreez and the skill of the craftspeople who produce it. We honor its inextricable link to Palestinian history and the right to Palestinian autonomy in labels in all of the garments we produce.

There is a long and shameful history of deliberate cultural appropriation of Palestinian symbols by Israelis, including the co-opting of the keffiyeh, which is part of the uprooting of the reality of the Palestinian experience. We aim to buck this trend by centering the living craft of Palestinian Tatreez, using our privilege as a half-Israeli company to challenge the narrow, negative narratives around Palestine and Palestinians that prevails in Israel and elsewhere, and to fight against the erasure of Palestinian culture.

- Does ADISH normalize the occupation?

ADISH wants to see the end of the occupation of Palestine by Israel.

We believe that building business and personal relationships between Palestinian and Israeli people, which take into account the unequal power dynamics and the role of Israel as the oppressor, can disrupt the state of paralysis and contribute towards freedom for Palestine and peace.

We seek to express how profoundly abnormal and inhumane the occupation is and challenge the one-sided narrative around Palestine that pervades the discourse.

- Do you work in Israeli settlements?

ADISH refuses to work with any supplier or producer from an Israeli settlement. Any part of our supply chain found to be linked with a settlement will be changed immediately.

The Israeli settlements are illegal under international law and now occupy over a fifth of the land in the West Bank. These settlements are built on land stolen from Palestine since 1967, the land of the future state of Palestine. Settlements and the accompanying settler violence are one of the biggest threats to the lives and dignity of the people of Palestine, and we are opposed to them.

- Why is ADISH not an NGO or non-profit?

The vision of ADISH is to create an alternative path towards change, through business and creativity, to do what politics and aid can not.

There are many non-profit projects that bring Palestinians and Israelis together. Our aim is that by building a mutually respectful joint social enterprise model, we can learn from the best of these projects and forge a new, sustainable direction that generates financial autonomy for individuals and communities in occupied Palestine and respect for Palestinian culture in Israel and elsewhere.

- Who are the ADISH partners?

Qussay’s background is in non-profit organizations, specifically economic empowerment projects that involved handicraft production for local markets and international events. ADISH production is managed jointly by Qussay and Eyal. Eyal manages product development and operates the supply chain in Israel, while Qussay manages all aspects of production in Palestine. Qussay has personal relationships with the Palestinian artisans with whom we work.

Jordan is an artist working predominately with Palestinian Tatreez embroidery, whose work is found in the Whitney Museum of American Art in New York, the Museum of Contemporary Art, Los Angeles, and others. As ADISH’s artistic director, he creates the designs brought to life through the skills of the craftspeople we work with.

Amit oversees the business operations of the brand, including marketing, finance, and business management.

- How do you find the craftspeople you work with within Palestine? How much are they paid?

The artisans who create the embroidery on ADISH’s garments are formed of groups in several locations in Palestine.

Qussay, ADISH’s production manager in Occupied Palestine, manages ADISH’s relationship with the artisans. ADISH pays three times the market rate on each Tatreez pattern embroidered, and all materials and tools are provided directly to the artisans in their homes, where they work. Through word of mouth and introductions, the groups have expanded, and the number of artisans employed has grown alongside ADISH.

Where and how are ADISH’s collections made?

All of ADISH’s collections are made locally in Palestine and Israel, and the designs center around traditional techniques in the region. This means our supply chains are short, and we can build strong person-to-person relationships. Hand-sewn Tatreez is produced by female artisans in Ramallah, Dheisheh refugee camp, and Hebron. Each garment is sewn with the location where it was embroidered and the name of the women’s embroidery group that produced the Tatreez. Having partnered with the Lakiya Weaving Factory in the Negev, ADISH’s collections also feature embroidery, weaving, and tassels made by women from Bedouin communities in their traditional craft.

The denial of the freedom of movement of Palestinian people by Israel affects every aspect of life for most Palestinians. In a faint shadow of this reality, ADISH production is complicated by checkpoints, road blockages, and ID checks.

- Why are the Palestinian partners from Ramallah and the female artisans not visible?

We are led by the choices of the Palestinian people we work with, and the female artisans are at the heart of what we do. As skilled craftspeople, they deserve to be celebrated widely.

As a safety precaution, the majority of the Palestinian stakeholders in ADISH choose to remain anonymous. The controversial cross-border nature of our work means that they often fear recriminations to them and their families and accusations from individuals in their communities and online.