Fall-Winter '22 - Tears of an Olive Branch

“If the Olive Trees knew the hands that planted them, Their Oil would become Tears” - wrote the Palestinian poet, Mahmoud Darwish. Ten million olive trees in the West Bank are more than just a source of identity and cultural heritage for the Palestinians; they are a source of livelihood for over 80,000 families in the area. Ironically, this tree, which symbolizes peace and hope, has also become a painful sign of conflict between Palestinians and the Israeli authorities and violent Israeli settlers. ADISH’s Fall Winter 2022 collection, Tears of an Olive Branch, is inspired by this deep-rooted source of life and wishes to light the injustices committed against humans and nature.

When Israel was established as a country in 1948, Palestinians were expelled from their lands, forced to leave behind their homes and olive groves, which remain in occupation by the Israelis. Despite this, the new Israeli-Jewish owners still take pride in and profit from produce originally planted and cultivated for hundreds of years by Palestinians - erased from the narrative.

Palestinian farmers who still retain access to their groves are limited by the construction of the Israeli West Bank barrier and the restriction of movement it imposes. These farmers require special permits to prune and harvest their trees - a process full of hardships and obstacles, and the number of permits issued each year is shrinking.

If this example of institutional oppression is not enough, many Palestinian farmers must confront the violent attack on them and their crops. For years, Jewish settlers have been inflicting damage on their orchards by burning them, cutting down trees, and stealing their harvests, as well as causing physical injuries to hundreds of farmers.

With our FW22 collection, colored in an array of greens and browns, we hope to highlight yet another hardship Palestinians face due to the occupation. ADISH pays homage to nature by embroidering traditional Palestinian patterns, such as olives, birds, strawberries, and more made by women in Occupied Palestine. In addition, we incorporate olive wood beads made in a workshop in Ramallah, occupied Palestine. This season, we have expanded our long-standing relationship with the Lakiya weaving workshop by including sweatpants with tassels, a coat with woven pockets, and trousers with woven belts in our collection. We are also proud of our first collaboration with The Inoue Brothers. Their sustainable fine Alpaca wool fabric is being used for two styles: a liner and an overshirt, which are decorated with a Bedouin embroidery made in the Israeli city of Rahat. 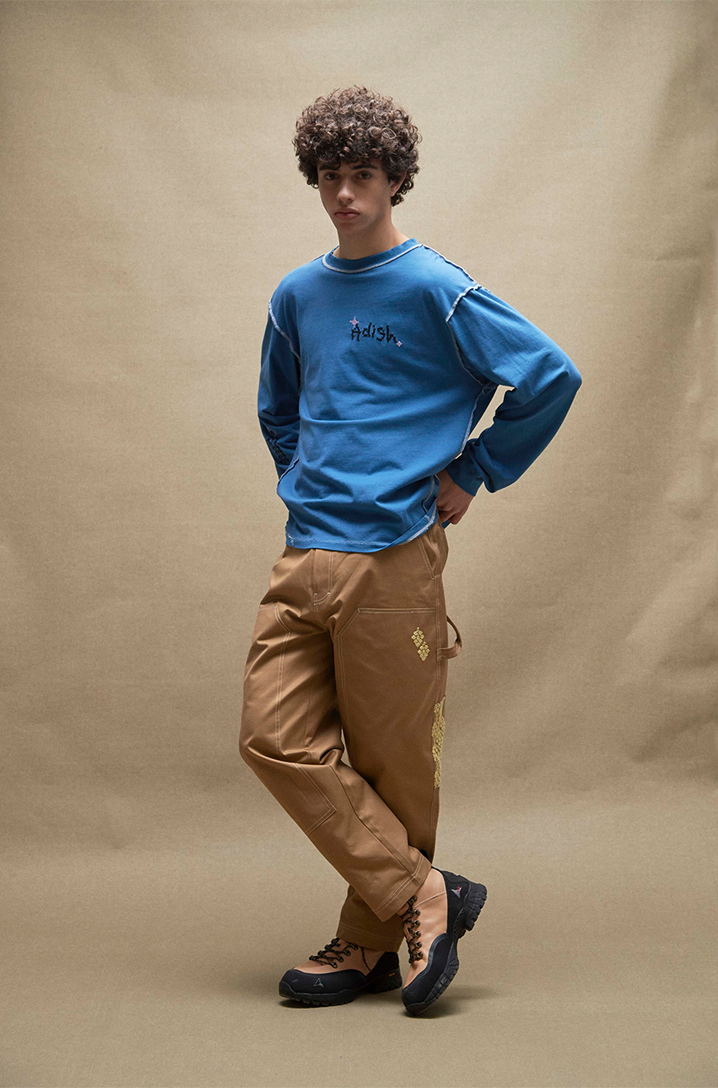 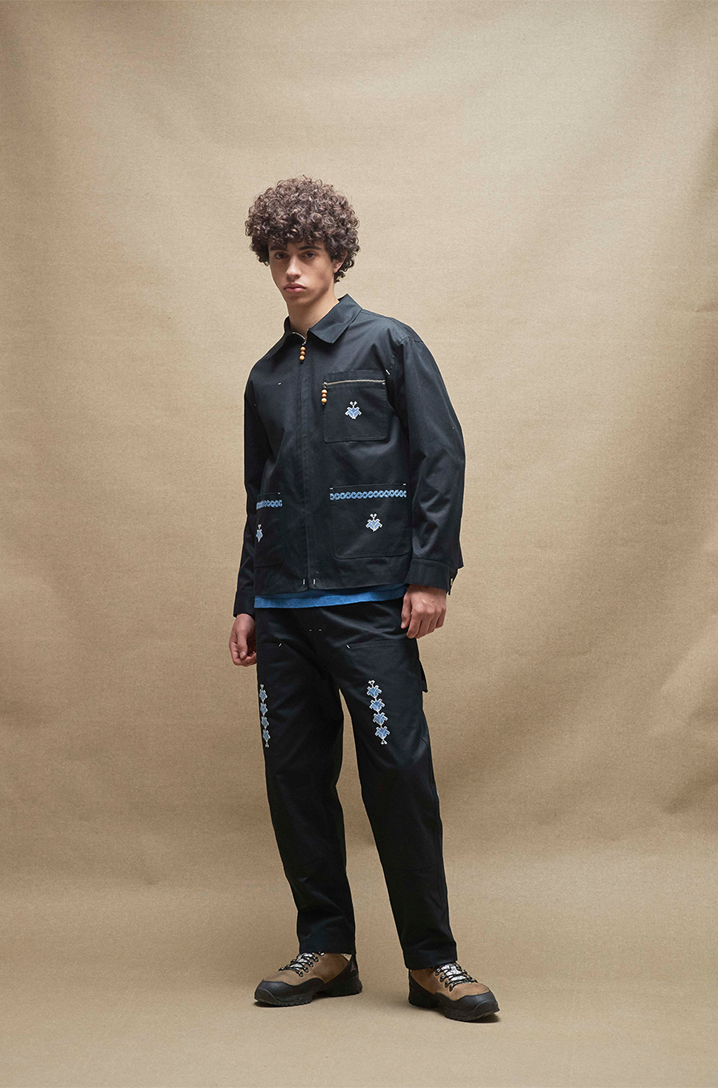 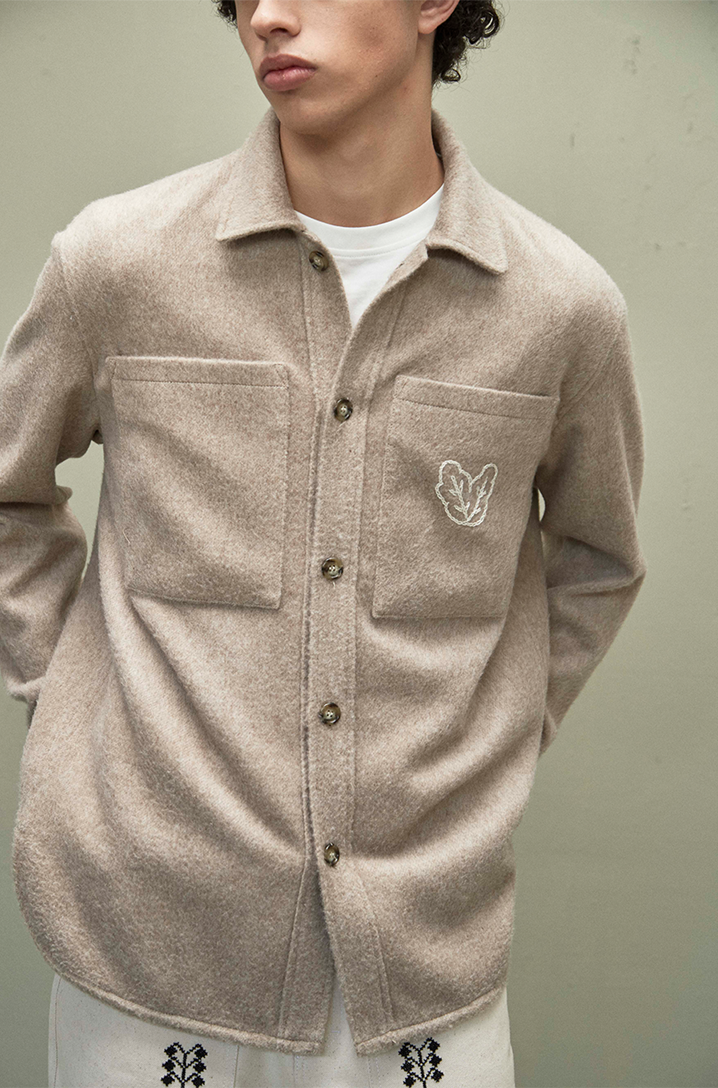 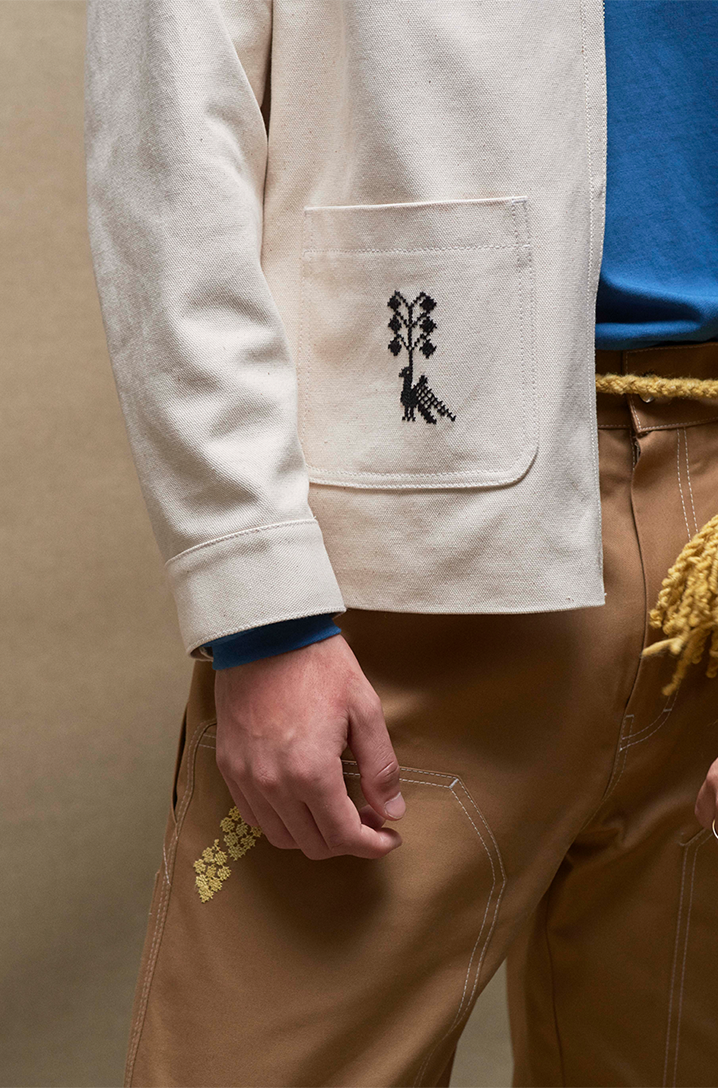 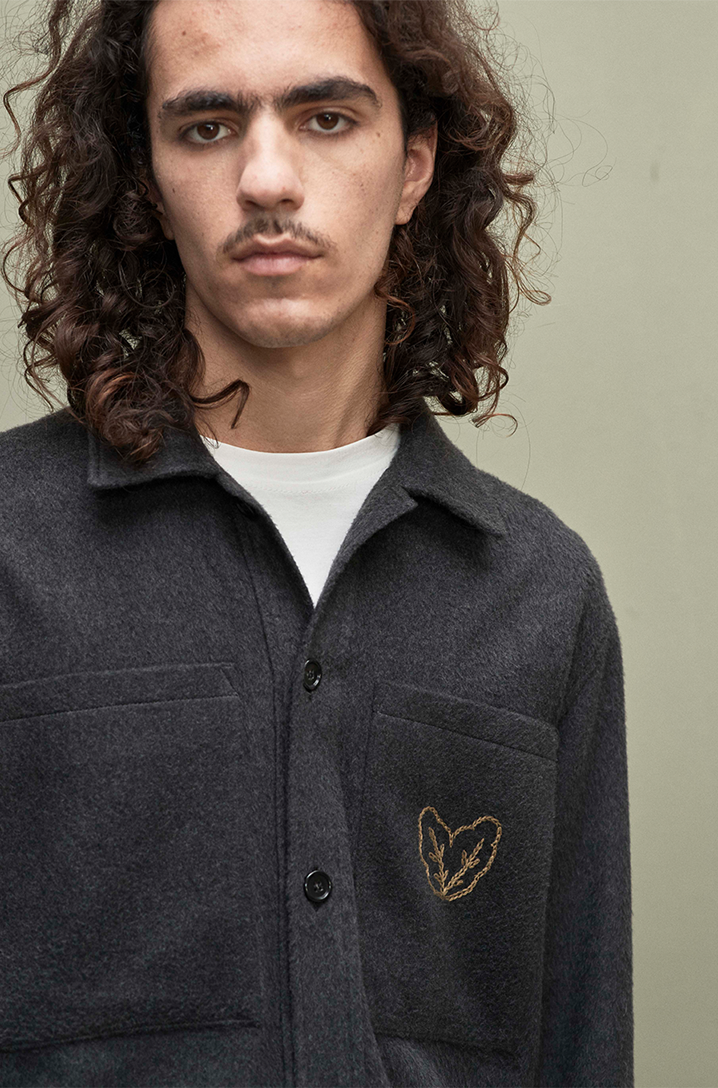